Understanding that Animals Have Rights

In this day and age, we need to put technology aside for a moment and realize that animals have certain rights and we definitely must take this into account during any mediation processes concerning animal rights Boulder and conflict. The courts view animals as mere property, which takes away many of their rights. With the proper negotiation strategies both humans and animals can be considered in order to reach a satisfactory outcome.

Animals play a huge role on this planet and their importance must be recognized. 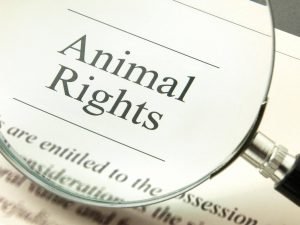 When mediation is used instead of the legal system, a variety of successful solutions may be found that can be implemented easily. While there are a number of different animal disputes that may need to be negotiated, mediation has proven itself to be the best way to handle any of these types of conflicts.

Some of the most common disputes and rights issues that come up in regards to animals include disputes with breed clubs, contract problems between owners and handlers, conflicts with trainers, groomers and veterinarians, barking dogs, family pet “custody” battles and much more. No matter what type of situation rears its head in terms of animals and humans, there is always a solution available that can be satisfactory to all. It’s just a matter of reaching out to mediation to find it.

It’s important to recognize that an animal does have rights. When this is not considered, the humans can also suffer as a result. Animals are living creatures and should be an important part of the negotiation process. The court system simply does not recognize their role on this planet and has reduced them to a possession only.
When you are working within the boundaries of a court you are bound by the decision made by the judge and there is no flexibility available to you. If the judge makes a decision that isn’t in your favor, both you and the animal may suffer. It’s never a good idea to leave an important decision to one figure in authority that does not place a high value on an animal.

Why Mediation for Animal Rights an Optimal Solution

When you turn to mediation as an alternative, you’ll have control over the final decision and will be able to make it based on a number of different factors. When you’re looking for the best outcome in these types of matters, mediation is always the wisest choice.

This is especially true when it comes to pets and the deep emotional bonds that can be formed with them. When you are concerned about the rights of an animal and want a resolution that is quick, cost-effective and based on the best interests of everyone involved, mediation always steps up to the plate. You’ll be surprised to see just how easy and pain-free this type of negotiation process is and how many other solutions are available once you start taking a look at things from a brand-new perspective.

“Good Samaritans” who see animals trapped in hot cars no longer have to ignore their conscience and walk on by. If citizens act “in good faith” to rescue animals by breaking into cars they are now protected by the “Right to Rescue Act”, so long as they meet certain conditions.

Citizens need to check to ensure the car cannot be opened, have observed that the animal is suffering harm or in immediate danger, make sure to call law enforcement, stay with the animal until first responders arrive and not use more force than necessary during the rescue of the animal.

Animals left in cars are no urban legend: hundreds suffer and many die each year as a result of being left in hot vehicles. Many people don’t realize how quickly cars can heat up, especially if they’re leaving their animal for a short period of time. On an 80-degree day, the inside of a parked car can heat up to 120 degrees within 10 minutes.

Because animals are often found after they’ve been suffering for a while, immediate action is often required. Now citizens can act without fear of criminal prosecution and liability for civil damages.